The Tribune and Tom Fulks 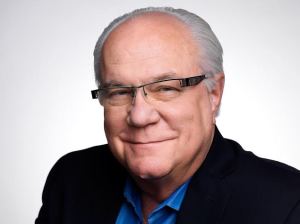 What is it about this pairing? Since the San Luis Obispo Tribune’s decision some months ago to “balance” conservative and liberal commentary between Andrea Seastrand and Tom Fulks, the Trib seems to have clearly favored the Pavlovian blather of the latter.

The contrast between Seastrand’s measured, calmly-stated conservative views and Fulk’s unvarnished, flame-throwing “hate speak” couldn’t be more glaring. Can’t the Trib find a liberal writer who can make his or her points with just a little less venom?

His latest diatribe wherein he maligned every community in our county is a classic case in point. How do his two supporters on the board of supervisors feel about his open trashing of the very communities they purport to represent? Better yet, how do the voters of those towns tolerate their elected representatives associating with him?

Maybe “nasty” sells newspapers. Perhaps the Trib enjoys that. But Fulk’s screaming vengeance against those he reviles doesn’t do much to further the type of civil discourse we truly need in today’s world.

Despite many attempts to encourage a more thoughtful discourse by allowing a common-sense moderate columnist to provide alternative views to those of the “extremes”, they have only been met with a deafening silence by the Tribune.

So with its apparently declining readership, why does the Trib persist in hanging onto Fulk’s negativity while coddling his extremism? It must indeed be the last gasp of both of them to prove to themselves that nasty sells!

Tom, if you truly hate the Central Coast as much as it appears you do, it’s high time for you to realize that you have outlived your usefulness here. If there is really “something rotten in Happy Town”, you need only look in the mirror to find it.