Hill’s reelection, what were the voters thinking? Opinion by Keith Gurnee

Hill’s reelection, what were the voters thinking? 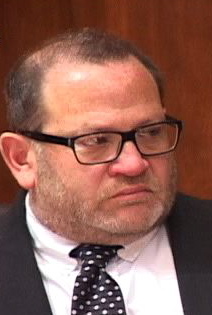 Next Tuesday, Nov. 7, marks the one-year anniversary of a decision some San Luis Obispo County voters have come to lament.

No, it wasn’t the election of President Donald Trump, although many seem to regret that fact. Rather It was the decision by San Luis Obispo County District 3 voters to reelect Supervisor Adam Hill to another undeserved term of office.

Having endured the first year of his latest term, Hill’s year has been one of constant tantrums, misogynistic rants, misplaced blames, and his deliberate alienation of the board majority. As a result, Hill has relegated himself a political eunuch and an ineffective representative of his constituents.

Before Hill’s reelection, we were warned this would happen. His opponent, former San Luis Obispo City Councilman Dan Carpenter, predicted it and did his best to get the word out. But Hill’s developer-funded war chest and his pay-to-play schemes carried the day. And now the voters of District 3 have three more years to endure his ineffectiveness.

And then there are the positions he’s taken over this past year:

Hill, having erected a wall between himself and the majority, has taken himself out of the running for the position he covets most: chairman of the Board of Supervisors. He has made that his will “impossible dream” all by himself.

Now he’s spending more of his time trying to get someone elected in Compton’s district than representing his own.

And the first year of this term draws to a close, Hill’s antics and behavior during what should be his last term has been nothing more than shameful. His constituents and those who voted for him should be furious at his ineffectiveness and asking themselves “What was I thinking?

The answer: they weren’t thinking!